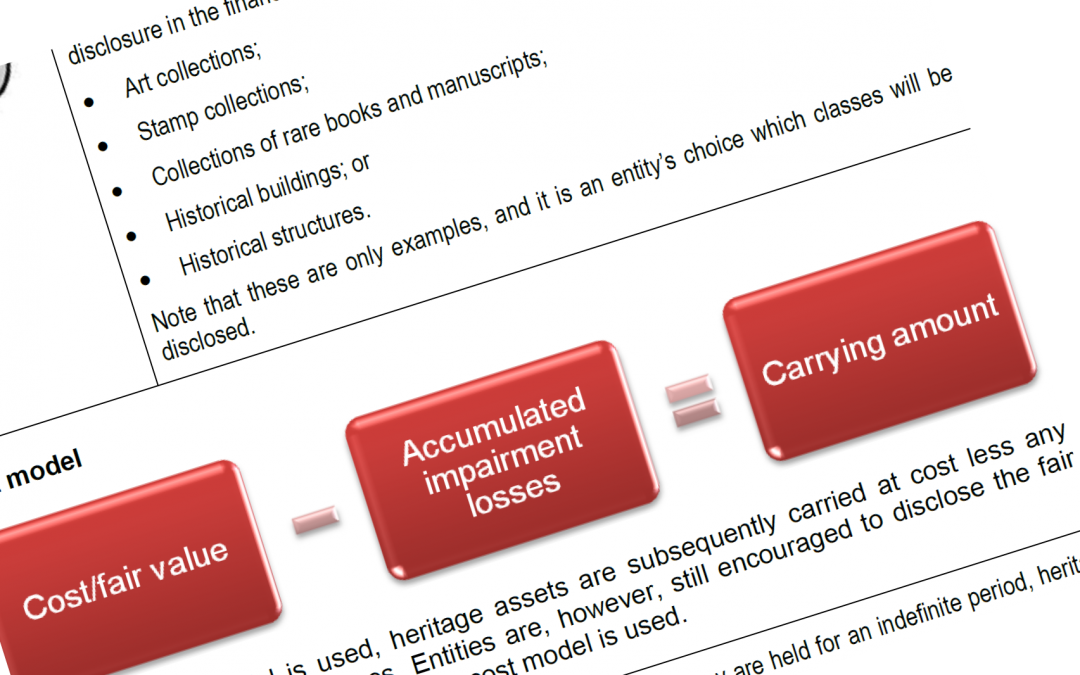 All museums in the public sector have struggled with the implementation of GRAP 103 in the past few years. The has resulted in qualified audits for many museums, and the consequent perception that the museum is not well-run. I ask in this article whether you should have a GRAP 103 Button in your museum computer systems, which help you to produce the information needed for your annual financial report.


GRAP 103 is an audit standard which is used by the Auditor-General to establish the quality of your financial records for your heritage assets. These assets include heritage collections and buildings, which are not for operational purposes in running the museum, but are kept for their lasting legacy to humankind.

The national museums, constituted under the Cultural Institutions Act (CIA), applied for and were awarded funding from the National Treasury, to be used to ensure that the inventories and associated records were suitable to obtain an unqualified GRAP 103 audit. These funds were provided for the 2017/18 financial year, and amounted to approximately R200 million – which is likely to be the largest investment for museum management improvements. We are aware of many national museums who secured the services of accounting firms to assist, and also at least one national museum who decided to rather use these funds for their own internal capacity development in GRAP 103.

However, we also have many museums outside of the national museums, including those with the provinces (McGregor Museum, Bayworld, Albany), the municipalities (Durban Science Museum, Museum Africa), as well as others located within state bodies (Post Office Museum). Each of these is also subject to GRAP 103 and yet the funding provide for the national museums does not appear to have been provided by these other treasuries.

All museums must develop proficiency and self-sufficiency in GRAP 103, and our position is that the majority of the work required to meet the reporting and disclosure requirements is good museum practice. If you are running your museum perfectly, then the GRAP 103 reporting will be a natural output. However, museums have backlogs, and never have perfect inventories, and we could argue that GRAP 103 imposes an unrealistic requirement on the museums, almost treating these museums as though they are standard fixed assets of a company, or even stock in a warehouse. To meet the requirements of GRAP 103 it is necessary to improve the museum processes and record-keeping, within already constrained resources and budgets.

Whereas interns can be a useful source of resources, it is essential that the right training and support is provided, and that all such interventions are leading towards self-sufficiency for the museum, and not an increased dependence on external resources and funds. Once the one-off R200 million has been spent it will not come again, and we hope that this money was used most effectively to ensure future sustainability of unqualified audits.

We have conceptualised a “GRAP 103 Button” which is available within your collection management system for your museum, which is designed to help the museum prepare for GRAP 103, while conducting their normal museum processes. Ideally, you click thus button and all of your GRAP 103 reports come out the other side. A magic button! So after conceptualising this, we then analysed what such a GRAP 103 Button should be able to do, and then how we can build this.

We have been building such a GRAP 103 button into our ETHER Base system, and this provides a guided process to get you through the steps needed, drawing on and complementing your existing inventory records, condition records, valuation records, and other financial records, to make it easy for even the smallest of museums to get the help needed.

We hope that this GRAP 103 Magic Button will greatly assist the museum community to comply, and to also help museums to develop long-term self-sufficiency to reach GRAP 103 compliance every year.

We provide the following support for GRAP 103: